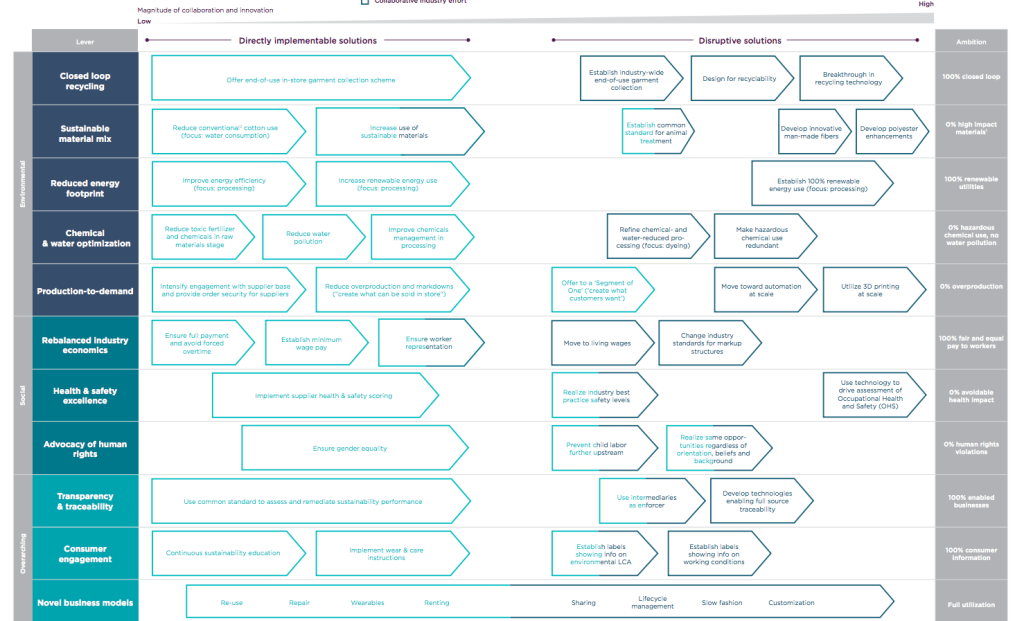 At the Copenhagen Fashion Summit the Boston Consulting Group and the Global Fashion Agenda published the new fancy “Pulse of the fashion industry” report. This report examines why and how fashion companies and the fashion industry in total have to address its environmental and social footprint until 2030 in order to “continue its growth trajectory” (sic). The main argument is that companies need to act on sustainability issues because otherwise their profitability is at risk.

“With resources becoming even scarcer, the industry will face rising costs from labor to materials and energy. Based on conservative projections, fashion brands’ profitability levels are at risk in the range of at least 3 percentage points if they don’t act determinedly, and soon. The facts show a clear need for acting differently. The good news is that by changing practices, the industry can both stop the negative impact and generate a high amount of value for society, while also protecting profitability.”

Basically the report claims that companies are in danger if they do not invest in sustainability – and this apparently presents a consensus amongst fast fashion companies. Get Changed agrees with the conclusion that fashion companies must invest more into social and environmental issues, therefore we read the report in more detail. We think that the report has a few fundamental flaws.

Here are some main arguments / quotes from the report:

We believe that the report makes some fundamental mistakes:

First, the report oversimplifies the challenges ahead because it does not question the industry’s prevailing growth ideology. To the contrary, the suggested changes need to be taken to secure the growth of the industry. The report projects that by 2030 each person on the planet will annually buy clothing that equals 58 T-Shirt. Europeans or Americans will have to buy clothing that equals maybe 100 T-Shirts a year in 2030, because most people in Africa and Asia will buy much less T-shirts than the average. Do we want this? Why does the report not consider that we disruptively need a systemic change in the industry that can lead to less consumption and degrowth in order to be prepared for a just future, as sustainability leaders like Patagonia already did in 2011.

Second, the report indicates that fast fashion companies score high on a so-called Pulse Score and claims that it (the report) “reveals” that “so called ‘fast fashion’ does not automatically represent a threat to the environment and the world economy”. Their argument is based on the ‚Pulse Scores’, which does not measure impacts but rather management systems. Therefore a company can have a high “Pulse Score” but produce very unsustainable impacts in total – the growth basically „rebounds“.

Third, the report bases its argumentation on monetarized externalities – without revealing that these monetarized externalities are – at best – very vague guesses that are based on many normative assumptions. Basically the impacts presented in the report could be many times higher or lower and the ranking of impact areas (water vs. energy) could change, depending on the models and assumptions behind these figures. The authors of the report do not seem to care sharing the models or normative assumptions behind their figures – they basically want to present scientifically sounding numbers. However, the figures in the report lack a scientific basis and the models and assumptions are not even transparent.

This becomes even more problematic as policy recommendations are taken from the calculations (that are based on black boxes). One concrete example: The report presents a fibers benchmark based on the SAC Higg Materiality Index. This benchmark scores many plastic fibers as “low impact fibers” and three natural fibers as “high impact fibers”. Cotton, for instance, is considered as having a high impact, mainly due to its water footprint. It concludes that cotton consumption should be cut by 30%. The report does not list organic cotton, which would have ha a much lower score. It does not differentiate between different regions and, for instance, consider that much cotton from Africa is rainfed. The Higg MSI basis most likely neglects to calculate possible long term effects of replacing cotton with plastic – i.e. migrating African farmers that will not grow plastic bottles instead of cotton, and it does not include the impact or costs of the microfibre pollution by plastic fibers – just to name a few examples. Basically, the reports draws radical conclusions on intransparent and scientifically unsound benchmarks. 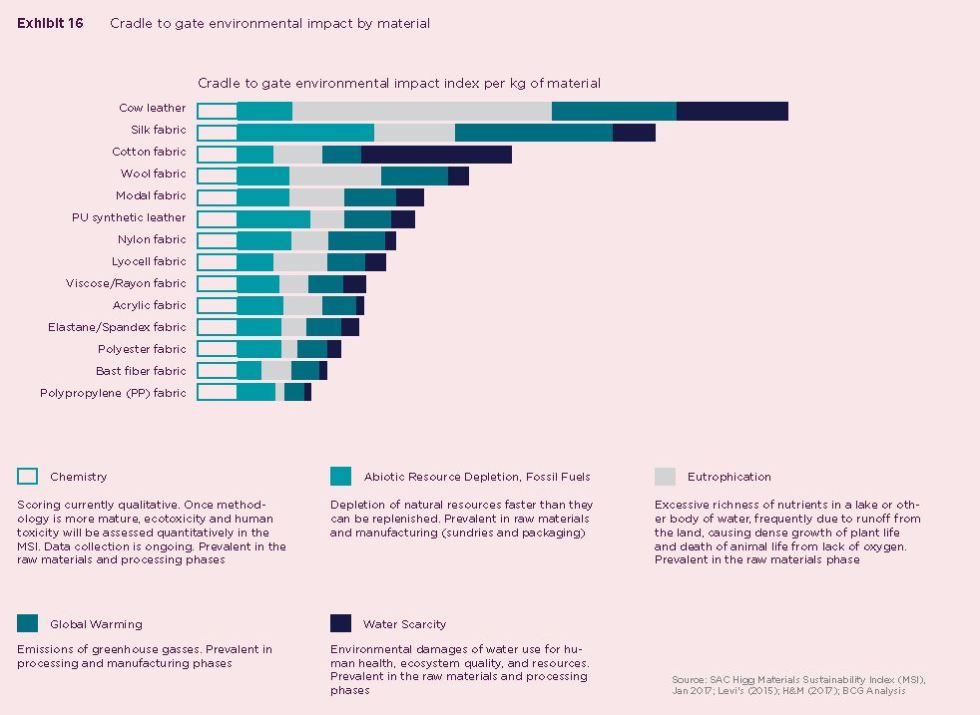 In conclusion, we applaud that the report calls the fashion industry for acting immediately on sustainability (something that the industry frontrunners and civil society organisations have been doing for the last 20 years). But we do not agree that we will achieve substantial change by sticking to a growth ideology. And we do not believe that things get better if we replace cotton by plastic.

Also read what Greenpeace says about the report.

iThere are no comments

Begin typing your search above and press return to search. Press Esc to cancel.